Command mighty heroes and armies and send them on countless quests. Fill your grimoire with spells to grow your power and raise your wizard’s tower to become the... Command mighty heroes and armies and send them on countless quests. Fill your grimoire with spells to grow your power and raise your wizard’s tower to become the greatest mage of all time. Conquer Eo in this rich turn-based strategy game set in the world of SpellForce.

Become the greatest of mages in this turn-based fantasy epic set in the world of SpellForce! From the humble beginnings of your small wizard’s tower, send forth your minions and heroes to explore the realms of Eo. Grow your influence and power and fill your grimoire with arcane knowledge. Face off against magical competitors in your hunt for ancient artefacts and hidden secrets as you build up your tower and area of influence to unleash the greatest spell the world has ever known.

This is the first installment of our Dev Log, where we update you with news and insights about the game and design process (a.k.a. ramblings of a game developer). After we returned from Gamescom with a lot of enthusiastic feedback and had the chance to watch gamers play and enjoy the game while lurking behind them, we stuck our collective heads together and looked at what we could do better.

The game is already in a very stable state, so we can focus on improving gameplay and balance the challenges we put in front of you as an up-and-coming mage in the world of Eo. One thing we noticed is that while people loved the exploration, there was so much to do, that it was not clear to everyone what they should do first or what is at stake for the mage’s story in game. So, we wanted to give some structure to the initial phase of the game and also show you what you are up against.

Which leads us to the Circle of Mages – founded a little over a century ago by the pre-eminent wizards of the age, they will stop at nothing to prevent you from learning their secret: Mastery of the Allfire (also called Archfire by some), the source of all magic on Eo. Which of course is precisely what you set out to do. Initially, we had you hunt down one of their minions to gain more information about it, but this didn’t really convey the power of what you are up against and so our designer took matters into his hand and presented us with a new solution: Planting one of their towers right next to your own, cranking out fantastical monsters and dialing up the heat from the get go while also giving you a first clear goal: Get rid of those neighbors! 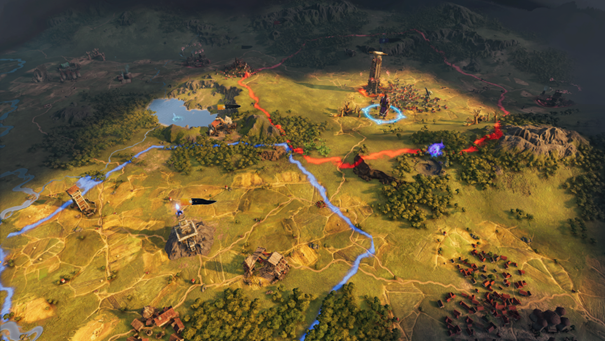 This worked very well and focuses players on strategizing early on about how to deal with the threat, while at the same time giving you some juicy reward to look forward to. It’s a small thing, but it made the early game phase feel challenging and interesting without railroading the player into a specific course of action.

This may not look like much now, but when a fire-spweing demonic beast comes at you the first time and you field a mage's apprentice and a few goblins, the heat is literally on! 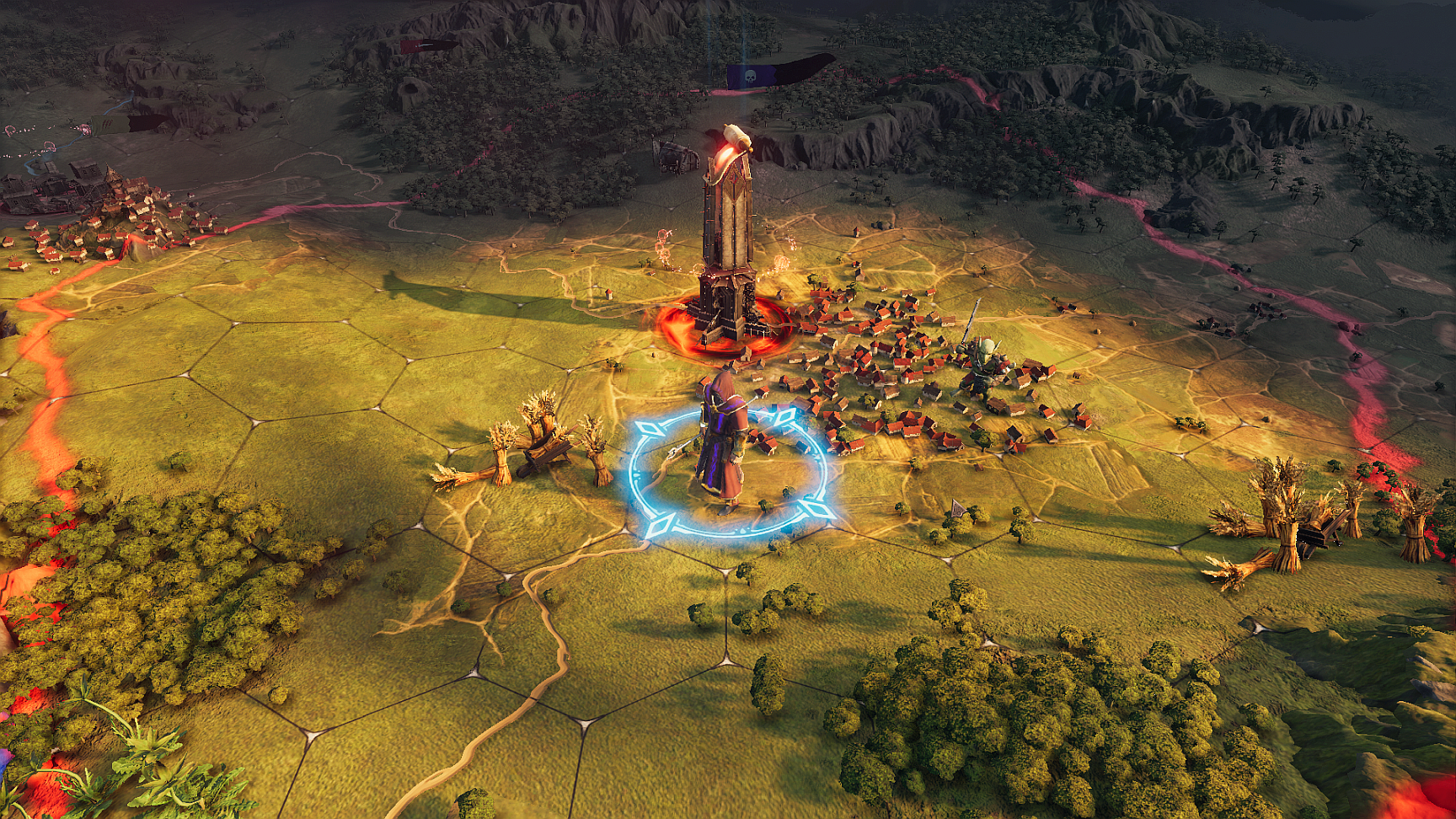 Now our game is placed right between the last one’s story and the Convocation and thus we had a bit of a historical deep dive to do – what did the world look like at that time, who was alive and who wasn’t, which creatures existed? Fortunately, the loremasters in the SpellForce community helped us a lot and kept us abreast of glaring historical errors and missteps. So we ended up with what we see as a sort of bridge between the two generations of SpellForce. But that poses another issue – how can we create game that does not change the “future” for Eo’s timeline and yet still provides enough free room to explore and expand for the player’s own story.

Therefore we focus on you as a mage and the Circle – we won’t re-write history with nations being conquered or kingdoms toppled. Instead, it is a journey of magical power and knowledge, that will have you travel across the world map in search of the secrets of the Allfire.

As you can see on this eagle eye view, we start out in the Highmark, which is dominated by humans, but a diverse and interesting area bordered by the Middle Mountains, orcs, dwarves and a nation under constant pressure from all around. 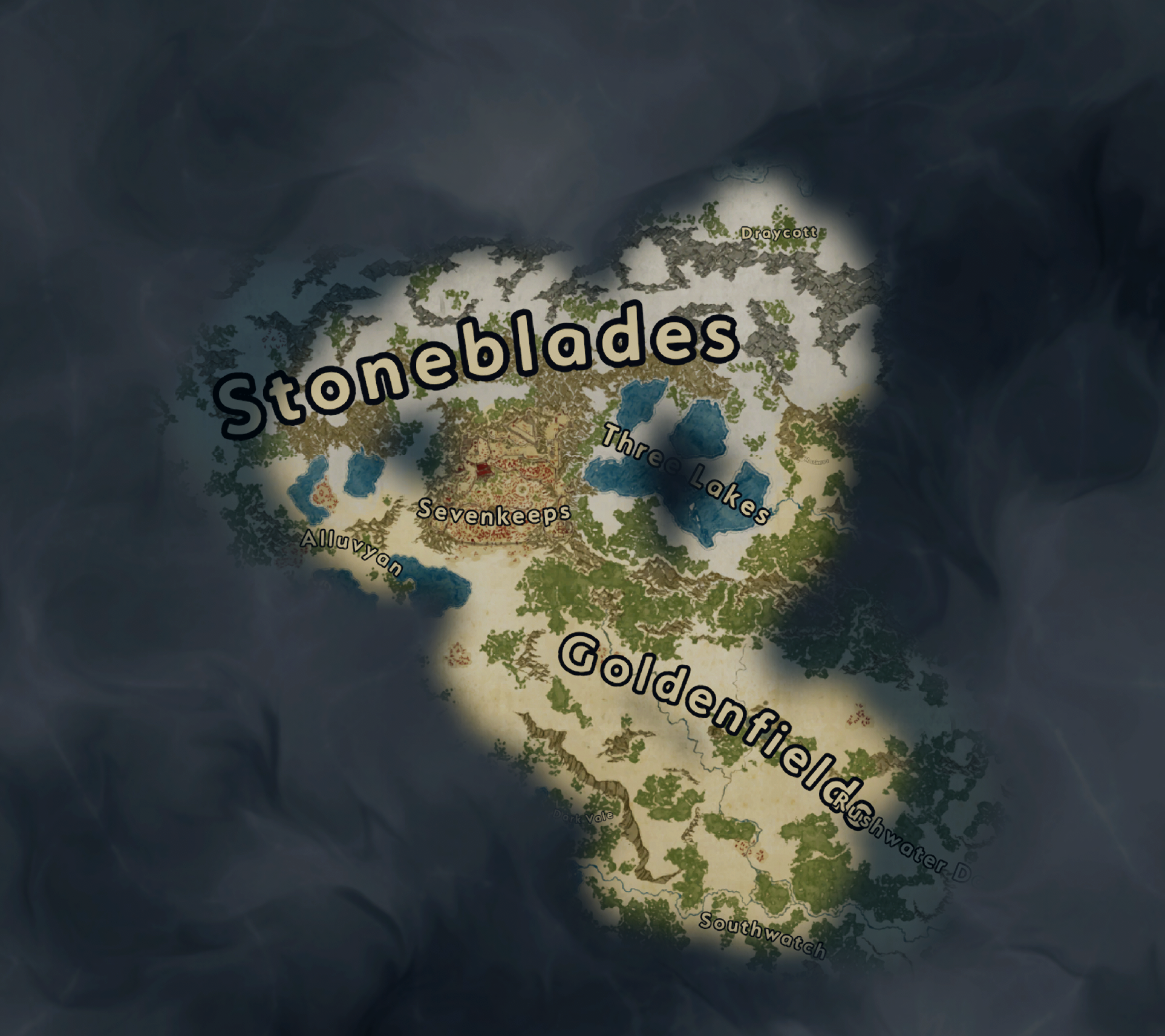 Audale, Connach, Lyraine and other small towns dot the region and befriending any of them can be quite useful to gain access to their resources. Of course Sevenkeeps dominates the area and holds many interesting locations and new adventures.

Speaking of adventures: While you play a (soon to be) powerful mage in the game, we of course wanted to have one of the mainstays of SpellForce: Heroes and their individual stories.

Each hero who joins you has a different story to tell, which will also be explored via your grimoire – initially very little is known about your new companions, but further adventures and research will reveal new aspects for your heroes and give you more and more background. Or in the case of the dwarven alchemist and bomb-maker Lore, new ways to blow things up in spectacular ways. 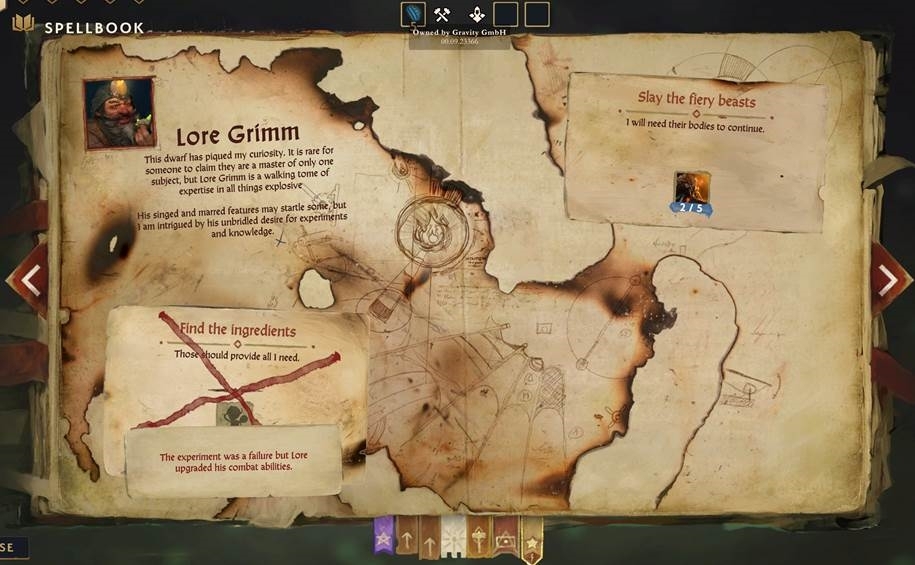 This way, you unlock more reasons to explore the game world and involve yourself in new adventures. And you can make one dwarf really really happy.